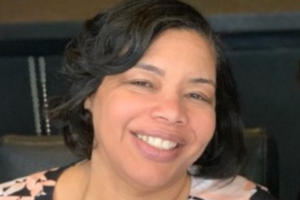 It is with great enthusiasm that we announce the Bishop’s appointment of Jameka McGraw-Byrd as Catholic Partnership Schools Executive Director. Jameka has served the organization since 2017, first as Instructional Coach and most recently as Chief Academic Officer. She is well equipped to lead CPS’ principals, teachers and the leadership team in the pursuit of living out CPS’ Vision - The children of the Catholic Partnership Schools are intellectually confident, actively compassionate, and morally courageous. Our students are committed to living and building a more just and peaceful world.

Prior to joining Catholic Partnership Schools, Jameka served in various roles with the following organizations; The School District of Philadelphia, The Restaurant School at Walnut Hill College, Arcadia University,  Montgomery County Community College and The Young Women’s Leadership School at Rhodes High School. She is an award winning educator, receiving the Young Women’s Leadership Network Blue Ribbon Teaching Award for Excellence in All Girls’ Education in 2008-2009 and the Christian R. and Mary F. Lindback Distinguished High School Educator Award in 2014-2015.

There is no doubt that Jameka will lead the organization with the integrity and rigor that is needed to meet and exceed the goals set forth by the Catholic Partnership Schools Board of Trustees.  Please join in welcoming Jameka to her new, well deserved role as Executive Director.